What is Hydraulic Fracturing?

Before gas can be extracted from the shale gas reservoir, hydraulic fracturing must occur. Hydraulic fracturing is a technique used to enhance the production of the gas. Hydraulic fracturing refers to the injection of fluid (comprising approximately 99.5% water and proppant (sand) and approximately 0.5% chemical additives) at high pressure into targeted sections of the layers of gas-bearing rocks. This creates localised networks of fractures that unlock gas and allow it to flow into the well and up to the surface. 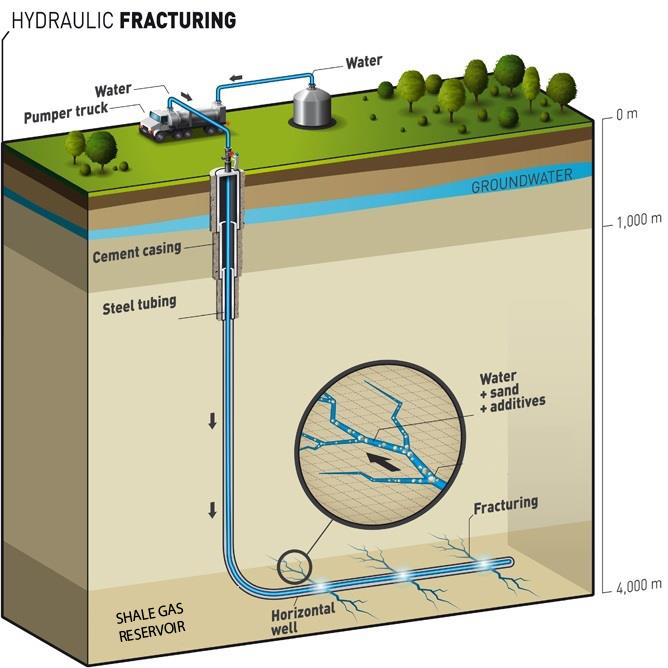 An average of about 20 to 30 megalitres (ML) of water is used per fracked horizontal well, which would fill approximately between 6 – 10 Olympic sized swimming pools. 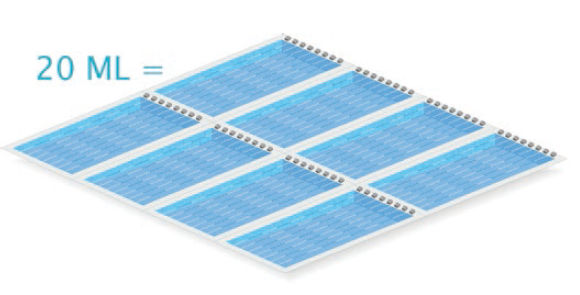 To prevent the fractures in the rock from closing, proppant is added to the fracturing fluid and remains in the fractures holding them open as shown in Figures 3 and 5. 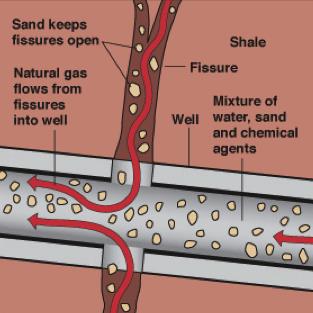 Water and proppant make up around 99.5% of the hydraulic fracturing fluid. Added chemicals make up the other 0.5%. The following chemicals are commonly added to the water to perform the following functions (see Figure 6 below): 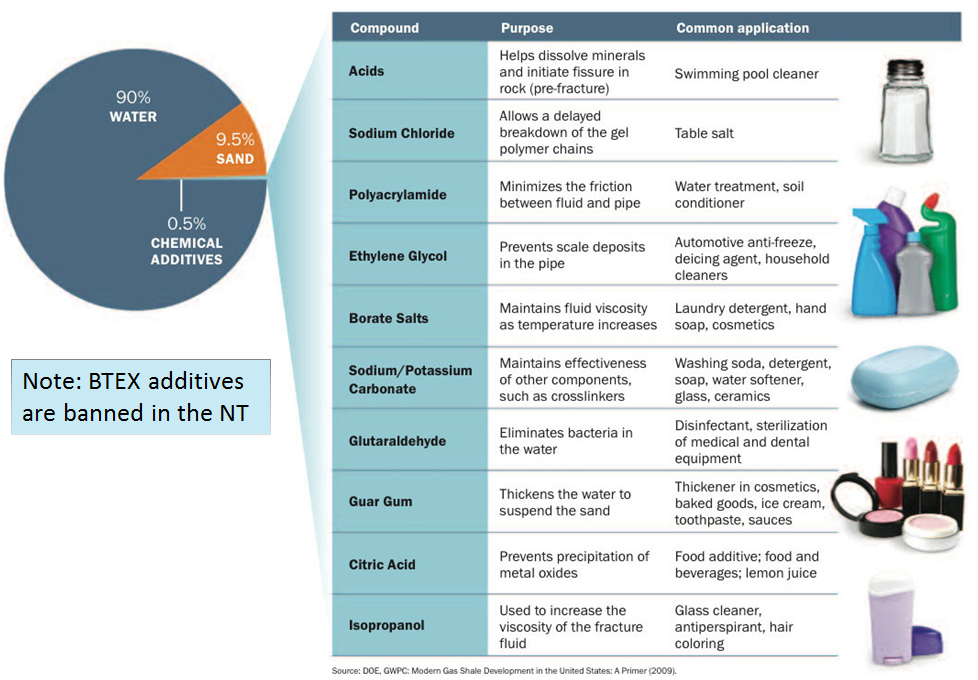 Figure 6: Typical hydraulic fracturing fluid additives that may be used. Source: Modified from US Department of Energy, 2009, Modern Shale Gas Development in the United States: A Primer.

To find out more about Hydraulic Fracturing, visit the inquiry website.